These days gastronomy is probably at its peak on this planet in known history. Plenty of cooking shows on TV, combined with travel shows which focus on different foods around the globe has made chefs new superstars on the modern era.

In a world where everything is a few clicks away travelling has become one of the last actual “experience it by yourself” activities and once on the road why not taste a bit of local cuisine.

It is debatable these days what can be put in the local food category again thanks to globalization and availability of basically every cooking ingredient from around the globe. We’ll if we can’t actually define local let’s go back to traditional, right? Even here there are some restrictions when trying to define traditional foods of a certain area. How far back should we look? Back to Roman era or Greek or the Ottoman or… All of these influences shaped what now we can call traditional cooking in Croatia. Most probably a century from now the local food being cooked today with all sorts of funky spices and ingredients never before used in these areas will also fall into the traditional food category.

I was born in Sinj, a small city close to Split. It is famous for a legendary battle against the Ottomans from 1715. It is also famous for a chivalry game called Alka which has been taking place for almost 300 years. The Alka Tournament of Sinj (Sinjska alka) is a traditional equestrian competition in which the knights (alkars) on horseback, in full gallop, holding a three metres long spear, try to spear the iron ring, alka, hanging on a rope across the racecourse. Alka is taking place to remember that battle of 1715. When according to the legend another symbol of Sinj - Our Lady of Sinj helped the force of around 700 defenders to defend the keep and Sinj against huge Ottoman armies. As it was, Ottomans fled and Sinj area was liberated from their rule and influence for ever… 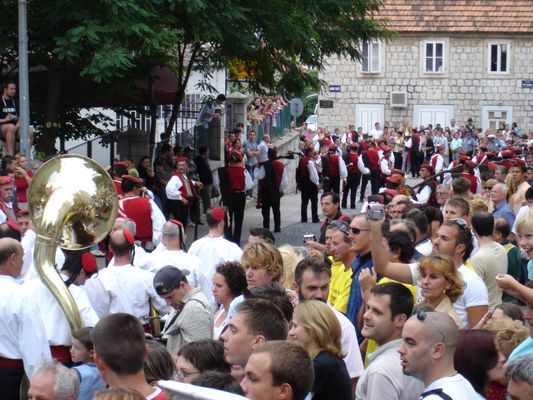 Well, at least outside the kitchen (and language as well, but that's another story). The most famous dish from Sinj area are Arambasi. Name refers to a Turkish word harami which means thieves and basi which describes an insurgency leader who was fighting the Turks - Arambaša, and most probably was given to the dish as Arambasi are placed in a bowl packed tight together, similar to army ranks. As a dish it combines Turkish influences with some local and north Croatian traditions. Right now it is protected as non material cultural heritage of Croatia. We can get back to Arambasi in another text, but the idea here was to try to see when something foreign becomes local and traditional. 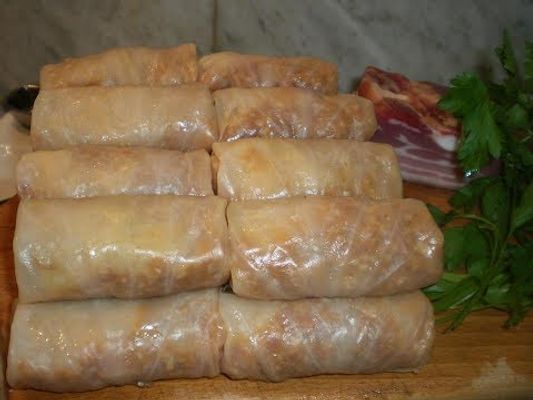 In my opinion it goes down to home cooking, that is the lab where the alchemy happens. That is the phone booth where regular food strips off its suit and reveals itself as Super comfort soul food. Once that transformation happens in people's minds it is only a matter of time when it also becomes traditional food by definition.

My grandmother had no cooking education, nor did my mother or her grandmother. They used to learn by hanging around the kitchen when cooking was taking place. Recipes were also non existent, you had variations of the same dish from one side of the street to another, from one house to another. I remember the difference in taste when my grandmother was preparing a meal and when my aunt would cook the same meal, both of them knew how to cook properly, but the way they were doing it was slightly different.

But there is one cookbook which tied to gather the collective cooking knowledge of the people of Dalmatia and make it more uniform and easier to obtain, especially since you do not have your grandmother around you all the time. That book is “Dikina Dalmatinska kuhinja” . hundreds of traditional recipes were gathered by Dika Marjanović-Radica with an almost fanatic dedication to every single bite you might recall trying as a kid in Dalmatia.

I remember my mother always having it by her side. Unlike her mother - my grandmother who was a housewife and was cooking every day for her family, my mother went to college, away from home and later on had a great career as a constructions engineer in Split. She needed some guidance on how to prepare food her mother was making for her. That’s where “Dikina kuhinja” published in 1976 jumps in. Recipes are meant for people who know the basics. It is expected that you saw other people cook and you know the fundamentals. Even some really complex dishes such as Pasticada or Arambasi have short recipes, one column for ingredients and another of short text on how to combine those ingredients.

My mother still has that cookbook, now it looks something like that notebook from Indiana Jones III, the one Sean Connery was filling with his findings and drawings while looking for the Holy grail. Filled with extra recipes, drawings, some text underlined, some pages missing, some with water, vinegar, oil or wine stains on them. It for her also is a map to the secret art of home cooking, which now she performs perfectly. 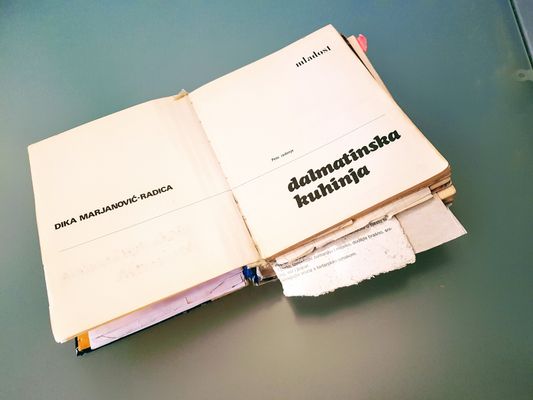